Warning: A non-numeric value encountered in /home/forge/justicehawk.com/wp-content/themes/libero/framework/modules/title/title-functions.php on line 462

Xarelto is a substance that is sold as a medication that can reduce the likelihood of stroke, pulmonary embolism, deep vein thrombosis and a number of other conditions. It was approved by the FDA in 2011 and has been in wide use ever since.

In essence, Xarelto is a type of blood thinner, meaning that it can help to reduce blood pressure and allow blood to move more freely and easily through the veins and arteries – thereby combating the conditions listed. It has been promoted as being ‘superior’ to other blood thinners however due to its potency.

What those selling the drug are less keen to promote however, is that Xarelto may also be a lot more dangerous than other blood thinners for the very same reason. This is because it can prevent blood clots from forming following an injury or during surgery. This can lead to incessant bleeding that even doctors can’t stop.

Xarelto has therefore been on the receiving end of many lawsuits and if you have been harmed by the medication, then there is a possibility that you too may be entitled to a pay-out. Read on for more information.

As an anticoagulant drug (blood thinner), Xarelto carried an inherent increased risk of internal bleeding (Hemorrhage). What makes this product different however, is the distinct differences in the way that the drug exerts its effects and in the ways in which it has been marketed.

One key different, is that unlike many other anticoagulants, Xarelto does not have a widely used antidote that can prevent the internal bleeding side effects. Secondly, this medication does not require the regular blood monitoring tests associated with other anticoagulants. This means that it’s less likely that doctors will get advance warning of any complications and thus be able to prevent the condition from worsening.

For all these reasons, users report a number of very serious side effects associated with Xarelto use. These include:

In several tragic cases, this has even led to death.

Has There Been a Recall?

Often, when a medication is found to pose too much of a risk for users, there will be a recall and the medication will stop being prescribed by doctors. Despite the high profile risks however, no such recall has been made for Xarelto. In fact, doctors continue to prescribe it to patients to this day.

Several prominent scientists in the FDA however have expressed their misgivings regarding the approval of Xarelto. This is largely due to what they perceive as a lack of clinical care in the drug trials that were used to test its safety and effectiveness. FDA reviewers have stated that patients may actually be at a greater risk of harm due to stroke or bleeding when using Xarelto than when using other treatments such as warfarin.

Xarelto is often prescribed with the following dosages recommended:

There is mounting evidence then that Xarelto is a potentially dangerous medication that can pose a serious risk for patients. However, in order for there to be a successful trial, there must also be liability. Allegations include claims that Xarelto poses an ‘unreasonable’ risk of injury and that its labelling does not provide adequate warning as to its side effects.

Claimants have also argued that the lack of any antidote is effectively a ‘design defect’. It has also been alleged that the drug poses no great benefit when compared with others that have been used safely for decades.

The company being Xarelto, Janssen/Bayer, is also alleged by some to have purposefully concealed information regarding the risk of life-altering bleeding.

Xarelto lawsuits are only the latest in a long line of similar lawsuits. One comparable case is that of Pradaxa, which is another modern anticoagulant. Millions of dollars in compensation have been awarded to victims of Pradaxa following thousands of lawsuits that were filed and consolidated in federal court. This sets a precedent for this type of legal action and means that there is a greater likelihood that claimants will be successful in this case as well.

Pradaxa is made by Boehringer Ingelheim and is likewise marketed as a superior alternative to warfarin as well as being ‘easier to use’. In a similar manner to Xarelto, Pradaxa does not have any known antidote to combat the dangerous bleeding that can result from its use.

Pradaxa gained its FDA approval in 2010 (the year before Xarelto) and was found to be the leading cause of adverse effects from drugs of this nature in 2011. In total, there were 3,781 events with 542 resulting in patient death, 2,367 leading to hemorrhage and 644 causing stroke.

This huge amount of damage led to 4,000 lawsuits being filed as part of a single multidistrict litigation. This was settled in 2014 for a huge $650 million.

While Xarelto and Pradaxa are separate products with different mechanisms of action and histories, there is nevertheless a higher-than-average chance that those harmed by the former could see a similar payout. The nature of the drugs is very similar, as are the terrible consequences that people around the world have had to live with as a result of using them.

At JusticeHawk, we are referring clients to firms that are filing Xarelto lawsuits on the behalf of our injured clients. Most of these lawsuits are part of an MDL (multidistrict litigation). Those plaintiffs who file, will receive their own lawyer and trial.

You might be eligible for compensation too, if you have taken Xarelto in the past and have suffered any major bleeding event despite following the instructions indicated. You may also be eligible if you are a surviving family member of a patient who died from using the medication.

If you are unsure as to whether you may be eligible, then get in touch with a member of our legal team and we will be happy to provide an obligation-free consultation to help you decide.

If successful, a settlement can help to reimburse you for any medical expenses that you may have incurred as a result of the side effects you experienced. Likewise, it can help you to manage the psychological and physical damage that may have been caused. Of course a financial pay-out can never make up for damage to your health, or for the loss of loved ones. However, it can help to support you while you put your life back together, while at the same time preventing the same fate from befalling others.

Should You Hire a Lawyer?

Drug manufacturers are some of the very most profitable companies on the planet and unfortunately, this means that they are able to afford the very best legal defence. In 2014, Xarelto brought in over $1.5 billion in sales in the US alone. These kinds of profits prevent the law from being used the way it was intended – to level the playing field between everyday people and big corporations.

By working with a trained attorney however, you can restore balance and get the help and support you need to be in with a chance of finding justice. We take great pleasure in representing normal people who have been harmed by the careless actions of big pharma and we look forward to helping you.

But if you are interested in getting legal representation, we urge you to act quickly. Failure to act promptly can result in the expiration of the statute of limitations and prevent any chance of compensation.

Do you need help with your case about Xarelto? Let us help! 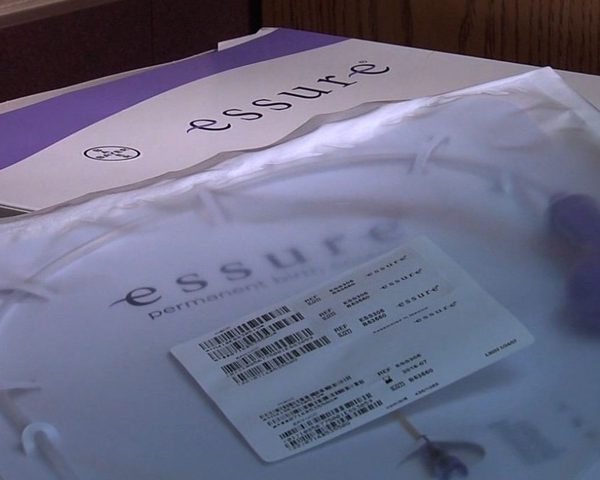